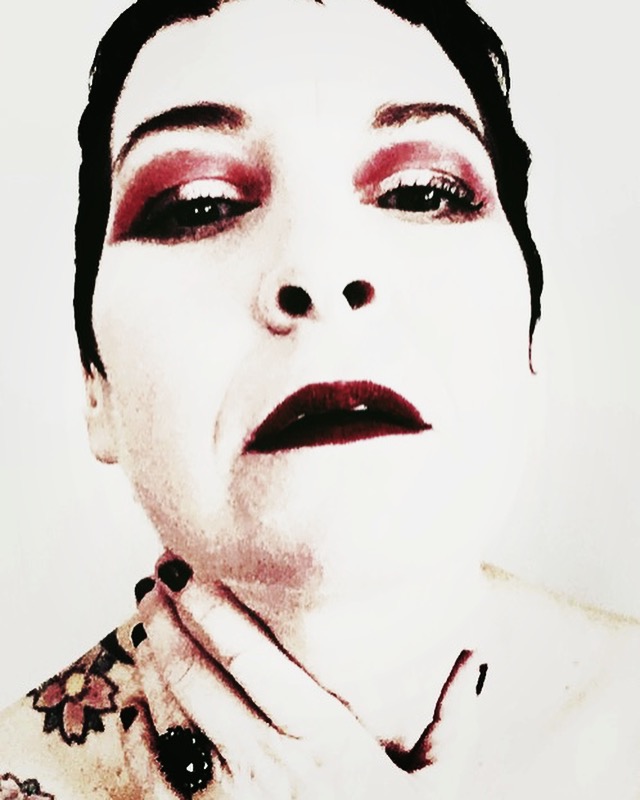 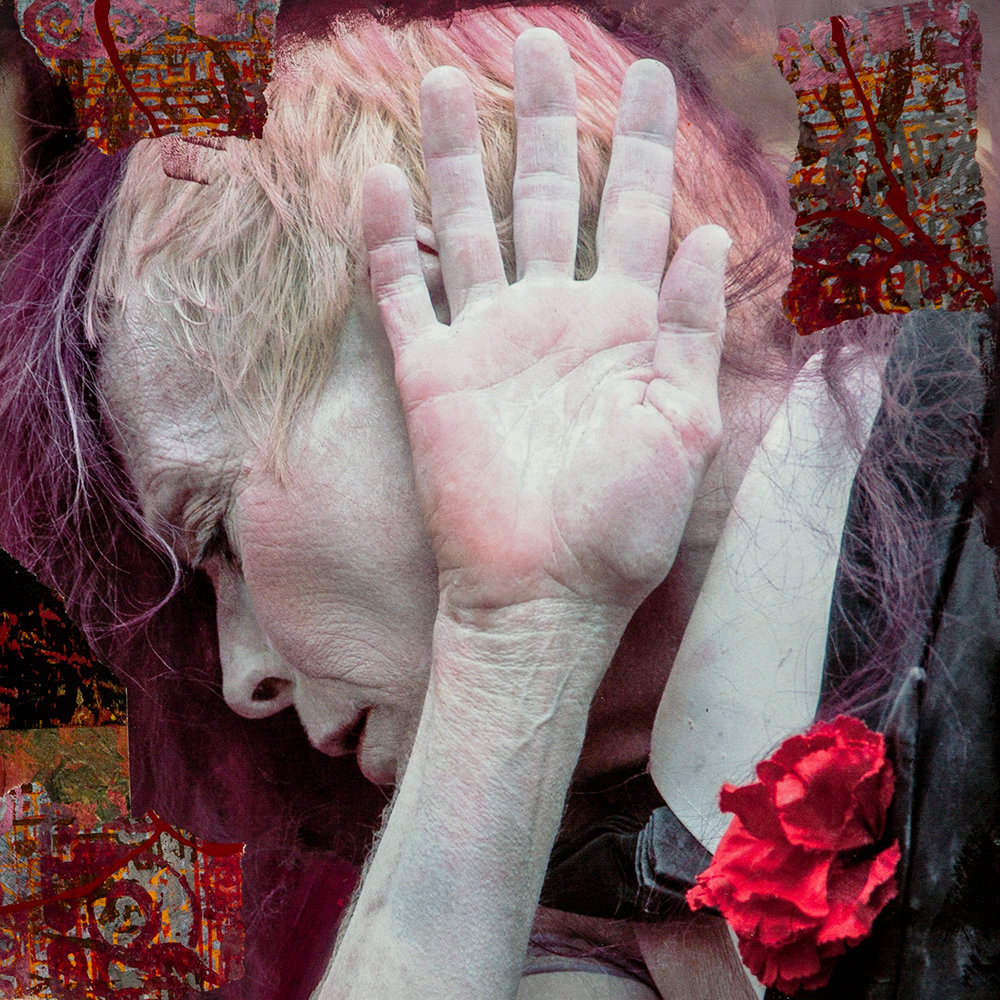 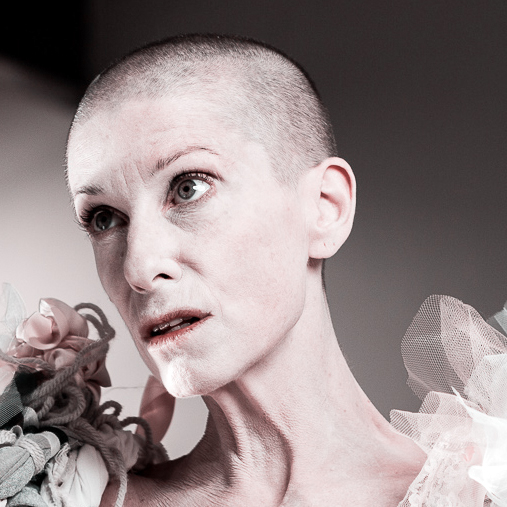 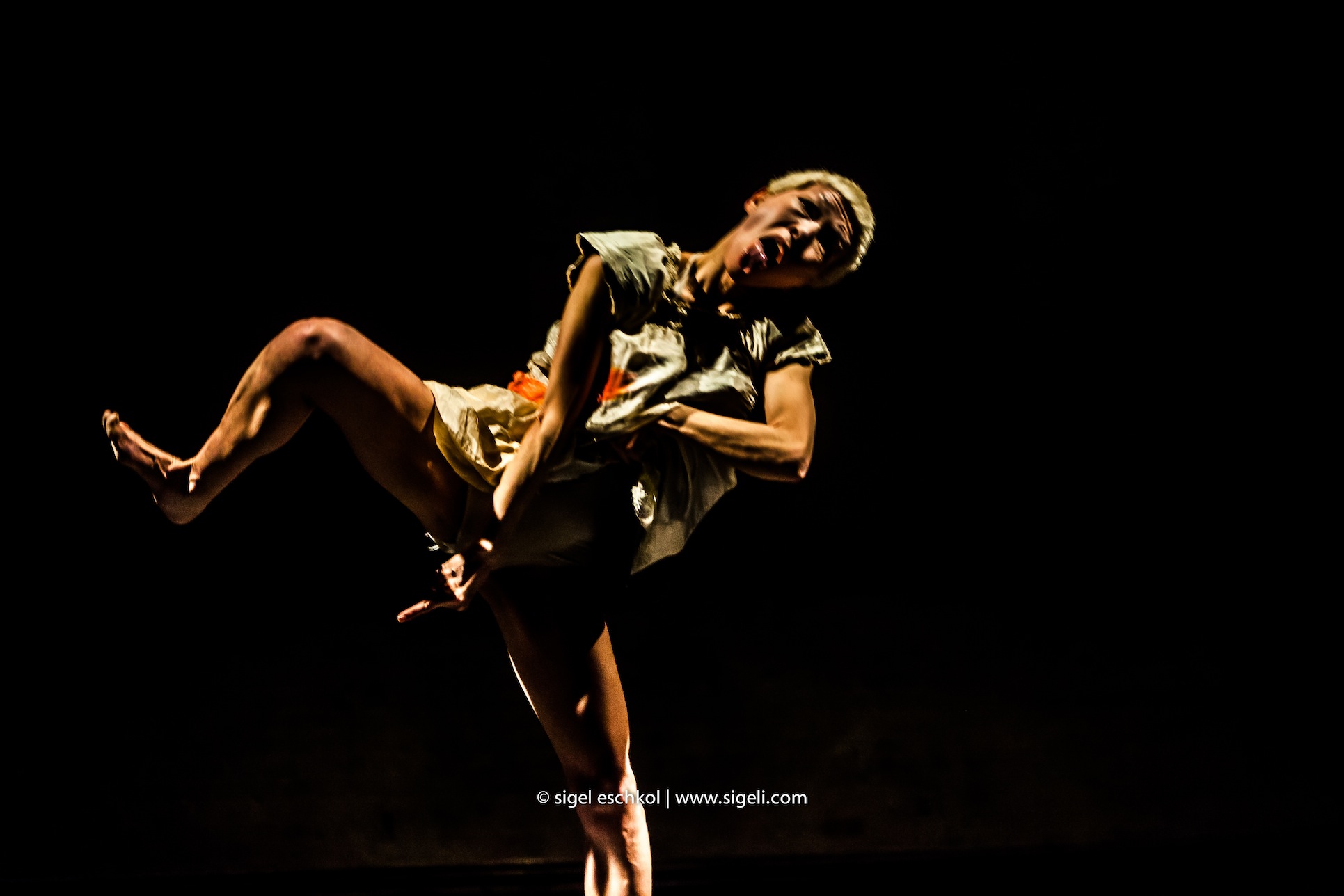 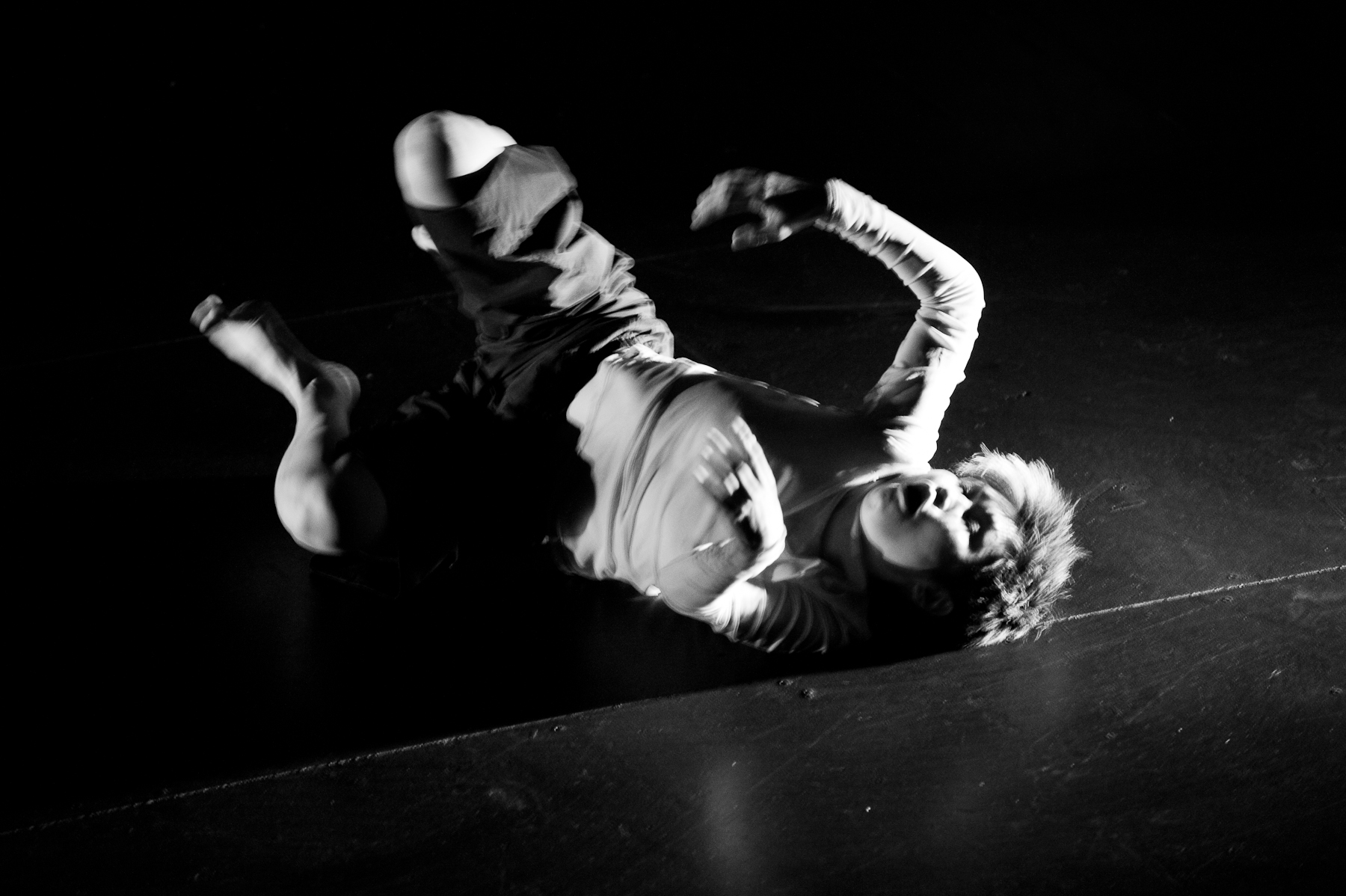 Don’t miss these butoh performances and a workshop at this year’s Asheville Fringe Festival. 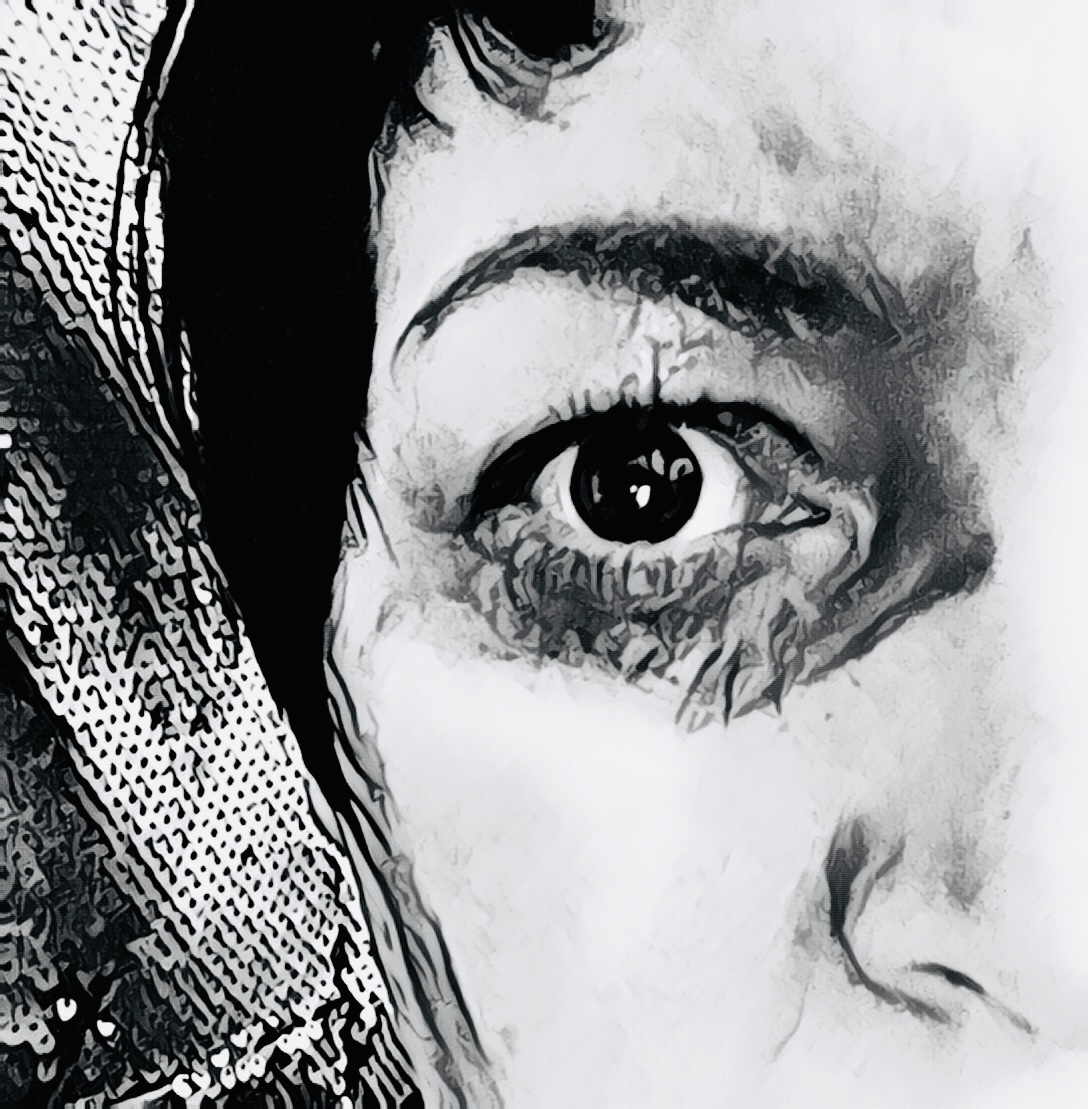 nothing
Jenni Cockrell/strange daughters butoh
Jenni Cockrell’s unconventional reframing of the women of Shakespeare continues with a new Butoh solo, nothing, delving into the daughters of King Lear. Turning the story inside out, this experimental dance piece inquires about love, loyalty, forgiveness and sacrifice.
—
Jenni Cockrell of strange daughters butoh is a dancer, choreographer and teacher of butoh and modern dance. She has created and performed her own work in addition to that of Asheville Contemporary Dance Theatre, Moving Women, Legacy Butoh and Anemone Dance Theater, and has regularly performed in the Asheville Fringe Arts Festival. She received her M.A. in Dance and Women’s Studies from UNC Greensboro in 2002. (strangedaughtersbutoh.com) 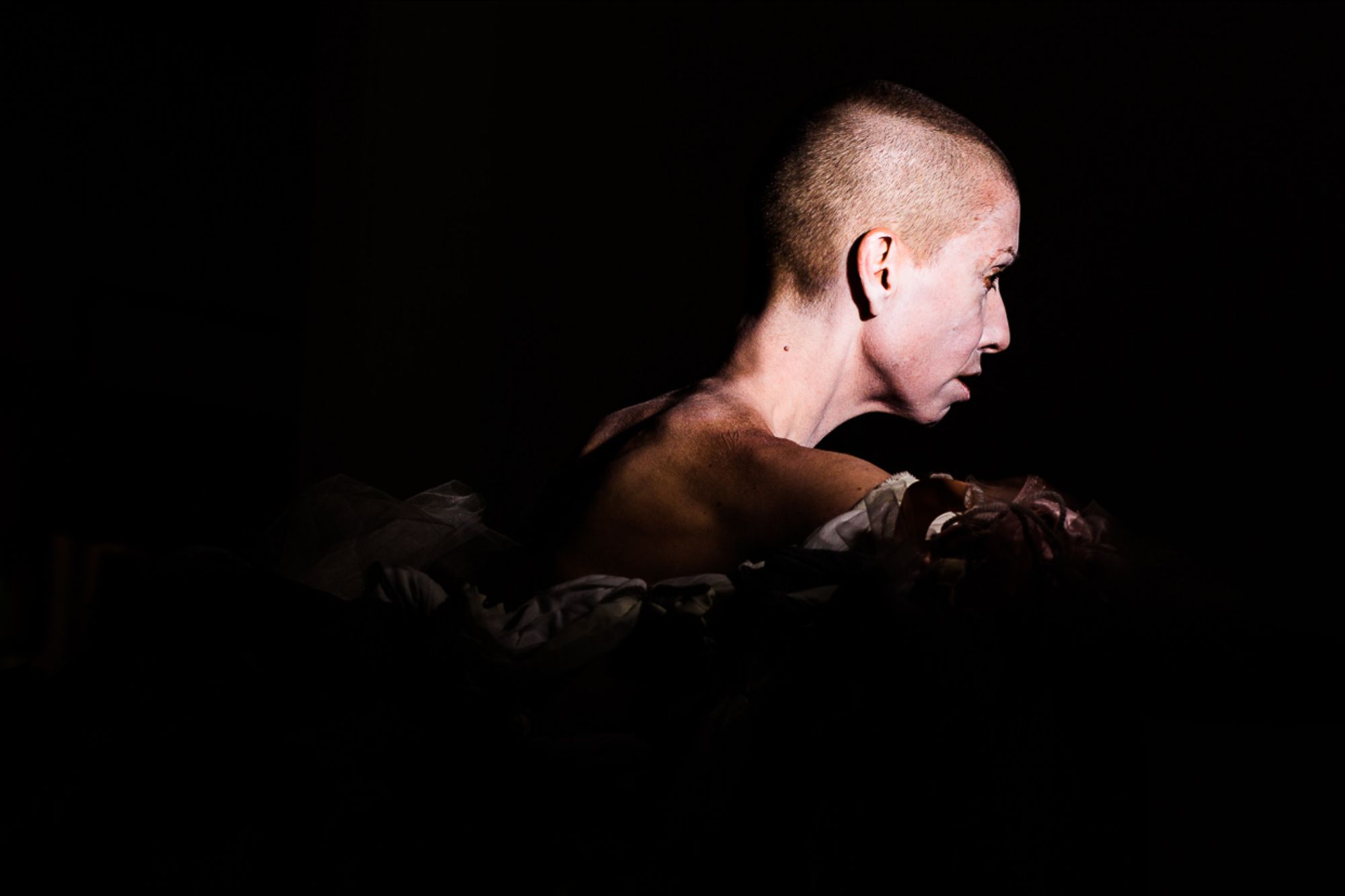 The Beautiful Us
Constance Humphries presents an excerpt of a work in progress, The Beautiful Us, which premieres at the 13th Asheville Butoh Festival. The piece addresses issues of the body, love and trust through the lens of liminality.
—
Constance Humphries has been making, performing and teaching live performance internationally since 1987. Her creative practice is based on investigations via butoh dance. She holds degrees from UNC Chapel Hill and UNC Asheville. Recent projects include the Just Gather Film Festival, Edinburgh, UK , Help! at BALTIC Centre for Contemporary Art, Newcastle, UK and a residency at Experimental Studios, Newcastle, UK.  (constancehumphries.com) 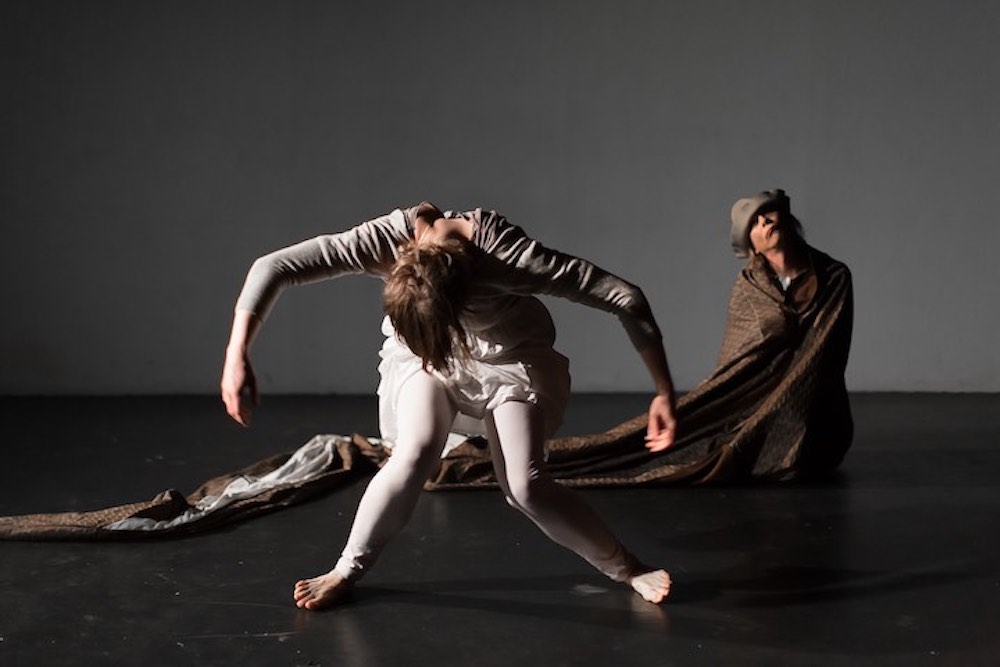 Twisted From Constantly Watching Doves
New dance/butoh by New York based dancer/choreographers Zack Fuller and Emily Smith, two amorphous and shape shifting entities on a cryptic journey through glimpses of fractured fairy tales and twisted memories. Alternately tender and violent, grotesque and beautiful, with elements of punk and European Clown, in collaboration with the sonic complexities of multi-dimensional percussionist Michael Evans.

Zack Fuller grew up playing in the forests, streams and meadows of Fairfax County Virginia. As a youth he trained in gymnastics and equestrian vaulting, and studied psycho-physical approaches to acting with Tom Lane, co-founder of The Washington Theatre Lab. In 1985 he joined the post-punk psychedelic metal band Scythian as lead singer, sharing stages with groups such as Bad Brains, Black Market Baby, and Pussy Galore. In 1988, he took a series of workshops with Ryszard Cieslak of the Polish Laboratory Theatre of Jerzy Grotowski, joined Cieslak for theatrical experimentation in Athens Greece, and participated in a year-long theatrical research into Shakespeare’s The Tempest grounded in the work of Cieslak/Grotowski at La Mama ETC after Cieslak’s death in 1990. Eventually he came to focus on dance, training in  contact improvisation, capoeira, and ballet; and working with dancer/choreographers such as Eiko and Koma and Poppo Shiraishi. During this time he began developing a practice of solo dance shaped by his interests in clown, silent film, and esoteric spirituality, as well as the work of certain avant-garde Japanese dance artists associated with the butoh movement.  In 1997 he was cast in Min Tanaka and Susan Sontag’s Poe Project: Stormy Membrane, and went on to perform and train with Tanaka over the next few years throughout Japan, Europe and the U.S. Zack Fuller’s original dance works have been presented by Movement Research at Judson Church, Leimay/CAVE’s New York Butoh Festival, Plan B in Tokyo, Mobius in Boston, The Dance Hakushu Festival, Movement Research at Judson Church, St. Thomas College in Thrissur India, and elsewhere. His collaborators including cutting edge musicians susch as Keiji Haino, Tatsuya Nakatani, Jonathan Wood Vincent, Booker Stardrum, Kat Hernandez, Michael Evans, David Grollman, Kenta Nagai. His latest series of dances: Twisted from Constantly Watching Doves, is a collaboration with dancer/choreographer Emily Smith. 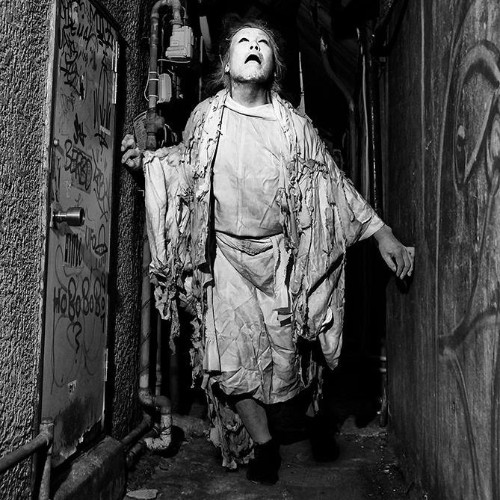 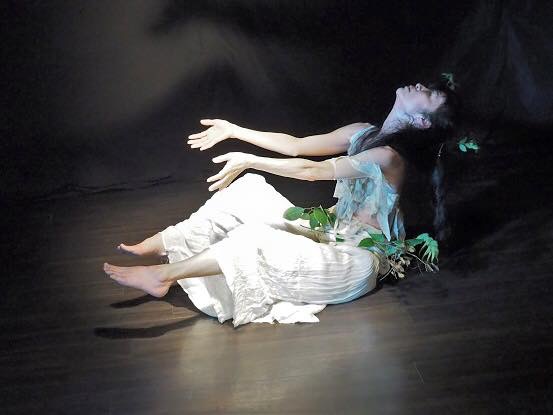 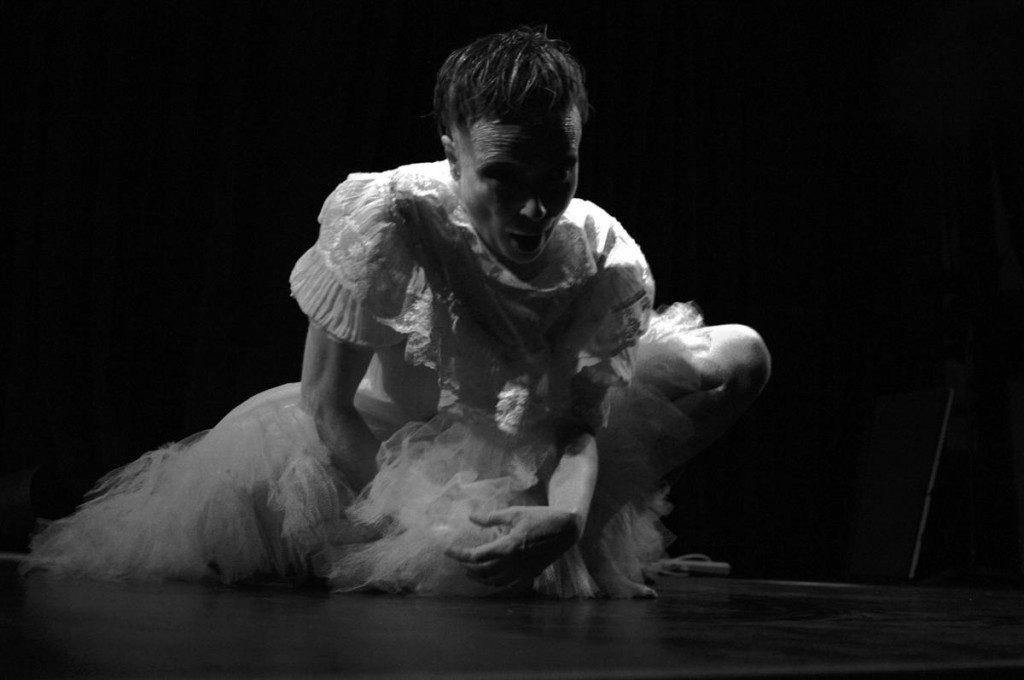 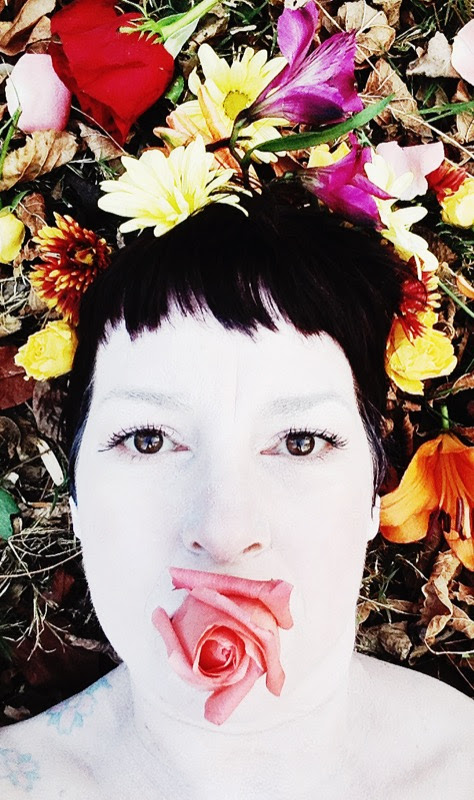 This workshop investigates how we experience symbol, image and archetype as vital seeds for dance, performance and human experience. Through Laban-Bartenieff based floor work, Butoh exercises and improvisation, we will delve into movement invention and spatial exploration in solo work and with partners. 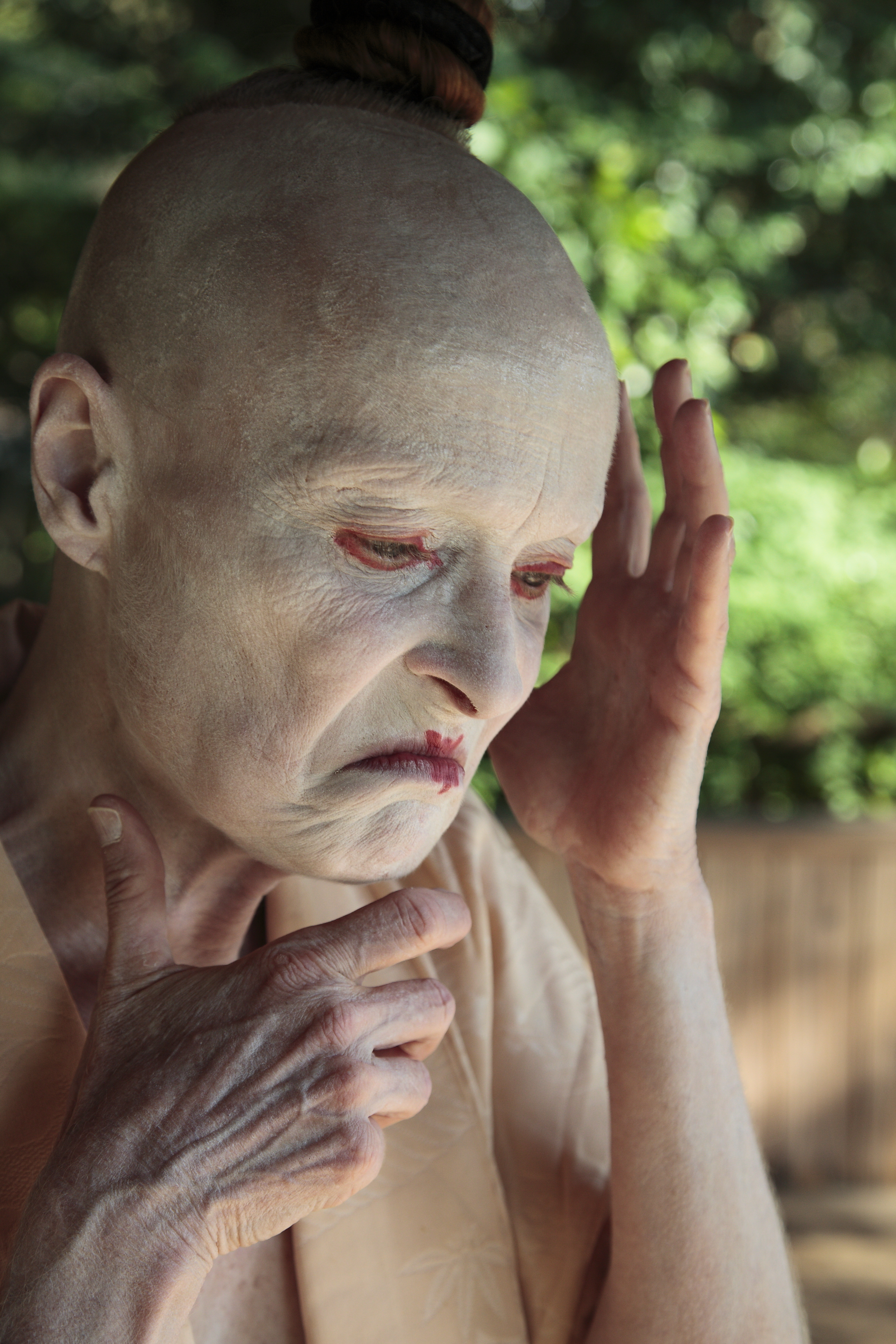 Aspects of Butoh is an open-level workshop where participants will have the opportunity to explore butoh with a committed performer and teacher of the form. Topics covered include space/time, forces, the senses and the authentic body vessel. 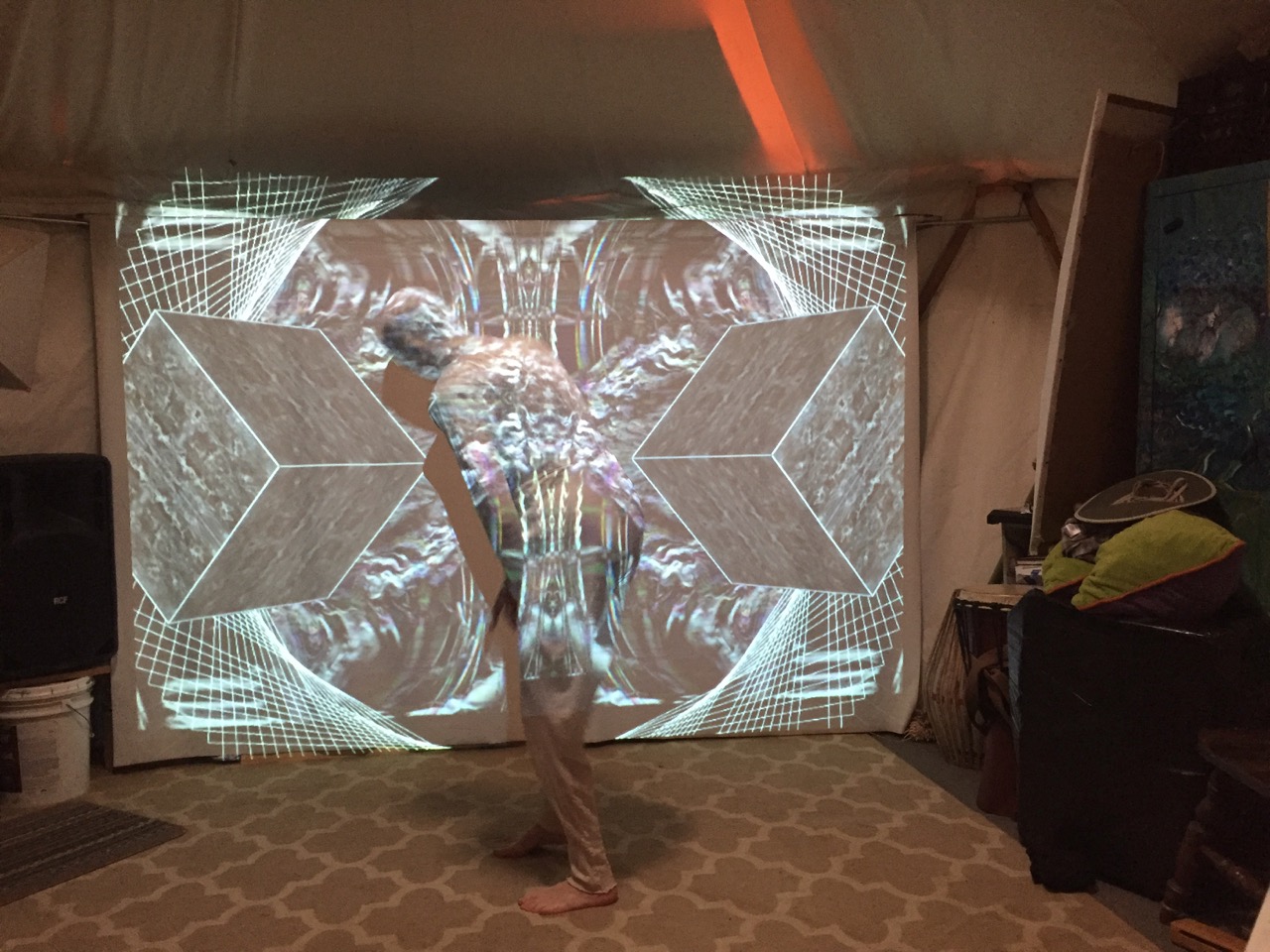 Tethered: An Evening in Two Parts

MAP/REVOLVE presents a two-part program of performance, sound, and video from some of the area’s most interesting innovators, including Asheville Butoh Collective’s Julie Gillum of Legacy Butoh as well as Derek Dominy and Richard Brewster (sound), Denise Carbonell (costume) and Geo Sims (visuals) 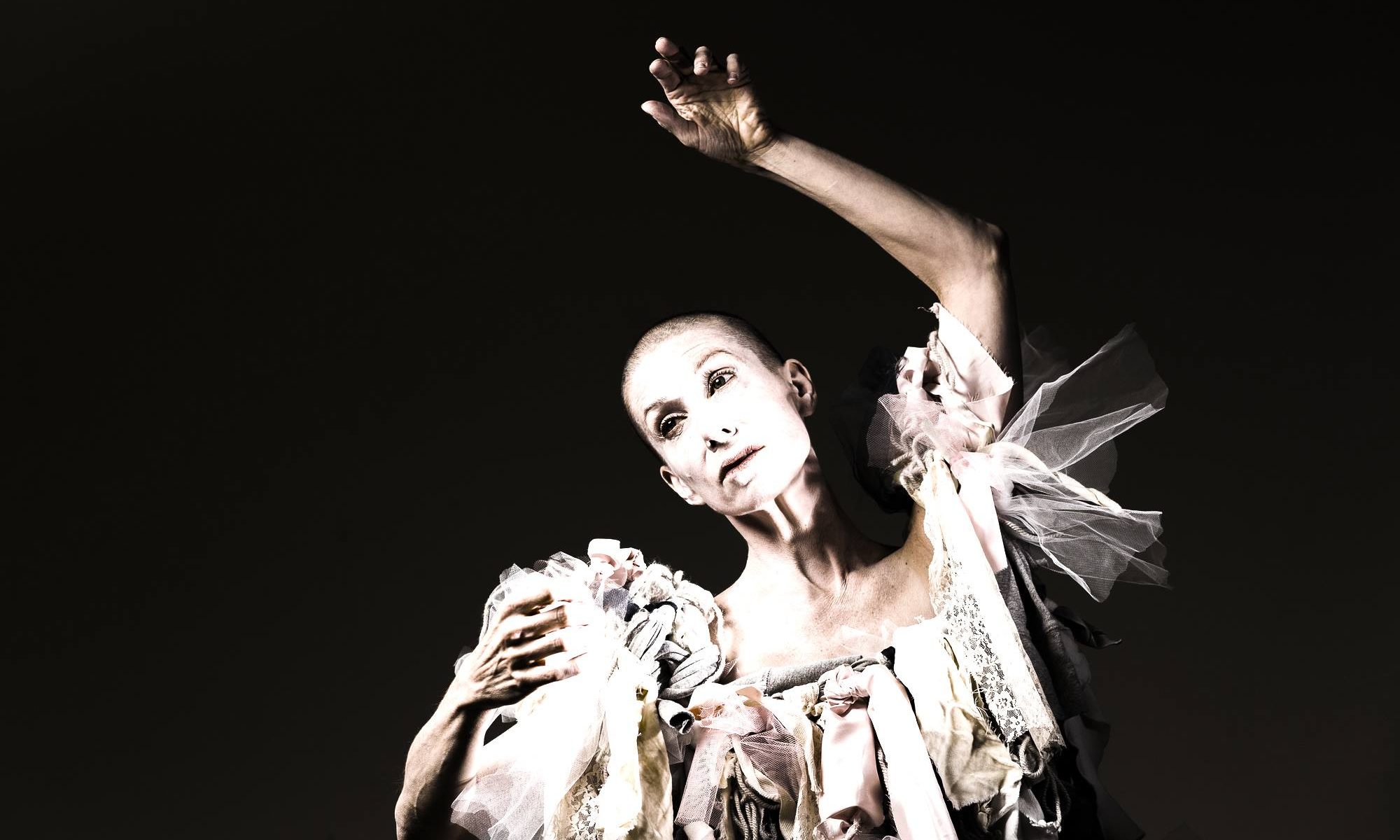 The Dance of Intimacy – Butoh Workshop with Constance Humphries

In this 3 hour workshop we will practice seeing and being seen through the lens of intimacy. Participants will make the invisible visible, learning more about the vulnerability of the body and mind.

Delivered in an approachable atmosphere which facilitate butoh practice in a positive and challenging context of serious play, the workshop is suitable for everyone, including actors, dancers, live/performance artists, musicians and anyone interested in exploring butoh as a means of creative investigation.

All aptitudes and abilities are welcome. No previous experience required. Participants are encouraged to work at their level.

Dirt, dreams and death
a evening of butoh solos 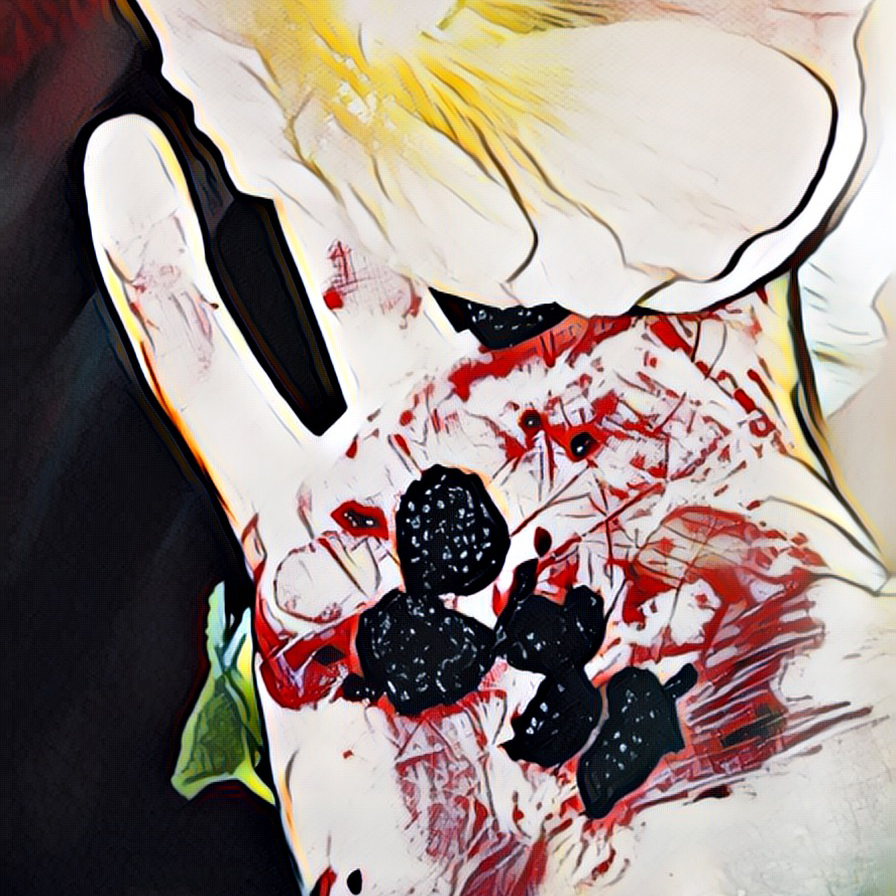 Mound is an archetypal journey into feminine rites of passage, created and performed by Julie B. Gillum. Composer Ivan Seng will provide novel aurowave companionship in the form of an original soundscape for the piece.

Bronwyn Preece took Julie Gillum’s workshop in Merida and used her words in both english and spanish. They will be included in a new publication, The Routledge Companion to Butoh Performance 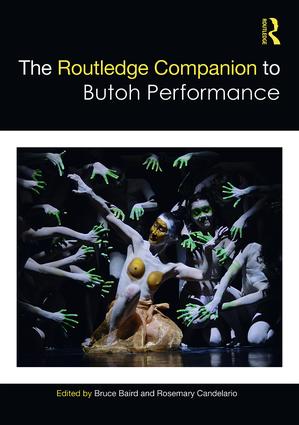 i am
the eyes
beyond
the room :
open
in the
bursting
water
bag of the
cuerpo :
the tension
of flexible
wires in
joints, the
hinges of
barred
windows,
the peel
of the
paint,
the vocabulario
of stillness
in speed,
the music of
plantas,
insects,
animals :
the impulse
of clay, the
improvisation
of contact,
the sculptor
as/of group
membrane
in interchange :
moved
by an outside/
[inside] force
other than my/
our will.
we are
the introductory
translation of
the músculo
of butoh

i am
the mad
puppeteer
stringing
tail to
estrella,
through
wind
and wave,
the marioneta
of the
splintered
floor –
grounding
the sagittal
bounce
of noguchi :
a gymnastics
of smoke &
shadow :
the aire
intimo
of creating
hijikata’s
form with
the soul
following,
ohno’s
corazón,
wherein
form reveals
itself :
becoming
the presence
of presence
becoming :
exploring the
edges of our
lives and
life at and
on the
edge

i am
infinity :
a símbolo
ridden through
history : a
body bag
of currents,
elements :
extreme,
shocking :
never neutral :
big, vulnerable
in an ocean
full of
contaminants,
in a sea of
happy fish,
i am the
hermaphroditic
polluted
pescado,
swimming
upstream :
butoh my
política :
mirroring
through our/
my mask the
[emotional]
exaggeration

i am
the butoh
of
transformation
in these days
and dances
of darkness,
we are both
life and
death, in a
mundo
where time
can move
both forward
and back,
i discover the
world with
fresh ojos,
taking baby
steps, into
the mud of our
cultura, i
crawl towards
flowers – the
desiccation and
the blossoms,
through resistance
and partnership, i/
we find the
semilla of our
humanity…
shared

I am
the fuera
in my
belly,
stamping
the whole
ground
with my body –
one that
will never
be trumped…
as i, along
with these
‘strange little
ladies and
gentlemen’
smell the
mexican
flowers on
our chests —
our hearts –
as we
dance
through the
inauguration ,
we gender –
bend, and
transgress
the dualities,
our imposed
fronteras ,
our walls :
We become
The anti-
stamp, in
our quiet
revolt, we
are earth ,
who never
need(s) to
show the
Soles of
(his/her)
connected feet … 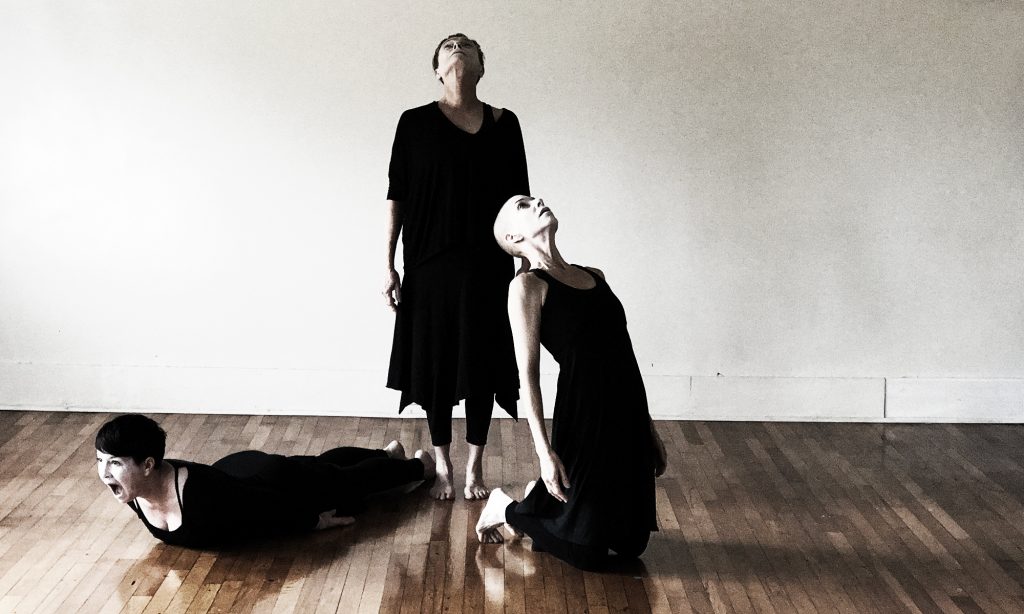