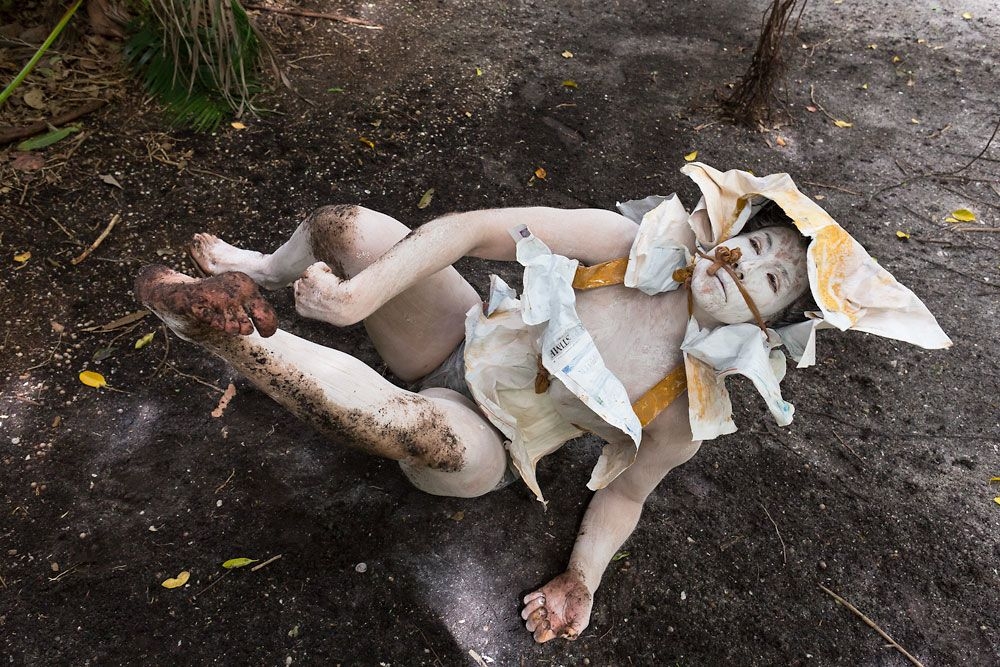 The Legacy Butoh and Asheville Contemporary Dance Theatre are proud to present the Midwest’s foremost butoh artist Nicole LeGette, to be in-residence in Asheville for the month of November. LeGette will be collaborating with local butoh dancers Julie Becton Gillum (Legacy Butoh), Sara Baird (Anemone), and Jenni Cockrell (strange daughters butoh) to create a new work to be premiered at the Asheville Butoh Festival April 7-10, 2016. On Saturday November 21, at 4:00 PM, a Work-In-Progress showing of the ongoing collaboration. This showing offers an opportunity to witness the “ma“ of butoh. The word “ma” in Japanese means the space and time between. The audience will witness the process of creation after conception and before performance.

LeGette’s accomplishments as resource, performer, teacher, curator, and producer will be employed for various activities during her time in Asheville. In addition to the creative collaboration, she will teach workshops and share rare butoh films with Asheville audiences. All events will take place at the BeBe Theatre, 20 Commerce Street, in downtown Asheville.

Butoh originated in post-WWII Japan as an artistic reaction to the chaotic climate in the country following the war and the uneasy shift towards democratic values. Butoh dance is a postmodern movement in which formal dance technique is eschewed in favor of primal and idiosyncratic movements. Butoh was born from an amalgamation of influences including the German expressionistic dances of Mary Wigman and Harold Krautzberg, western writers Genet, Artaud and de Sade, and the artistic movements of Surrealism and Dada. Butoh uses the body brazenly, in its most corporeal state, as a battleground to attain personal, social, or political transformations. Butoh dance challenges convention and avoids definition in order to reveal the fervent beauty of the unique human spirit.

LeGette’s FERTILE SOIL workshops will take place on consecutive Sundays, November 8 and 15, 1:00-4:00 PM. No prior experience in butoh, dance, or performing-arts is necessary. These workshops are appropriate for curious people who wish to explore and express through their bodies in both free-form and structured creative exercises. They are also suitable for performers and those wishing to thoroughly challenge themselves. Cost for one workshop is $30; you can take BOTH workshops for $50.

The workshop on November 8 entitled  ‘body, body, body, flesh” investigates different conceptions of the ‘body’ and how butoh training techniques push, pull and expand the very act of manifesting embodiment. On November 15 workshop participants will delve into the “Serious Play of Butoh.” In traversing butoh’s territory of the grotesque we will navigate the tricky terrain between silly and sublime, finding the best of butoh in the playfulness of the conjoined twindom: how to be deeply serious while at the same time equally inhabiting the opposite.

On Tuesdays November 10 and 17, at 8:00 PM, rare butoh videos drawn from Nicole LeGette’s private collection will be shown. We will gather to view and discuss the art of butoh dance. This is an opportunity to see some of the Japanese pioneers of butoh in their prime, as well as more contemporary butoh work. Suggested donation $5.

LeGette is no stranger to Asheville; she performed and taught a workshop for the 2012 Asheville Butoh Festival. In 2003, LeGette established “blushing poppy” production and performance company. Her performance – in ensemble, collaboration and solo – has been presented across the US, Mexico, Japan, and Indonesia. In Chicago, she hosts regional, national and international butoh artists through innovative events and partnerships.