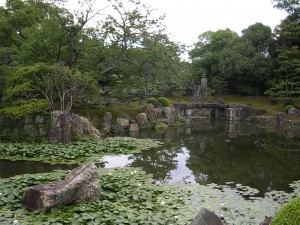 If Tokyo is the beating heart of Japan then Kyoto is the soul. It is lush green gardens, serene temples and shrines and a much slower paced life style. My two favorite places were Ryoangi zen garden and Sanjusangendo temple. Ryoangi is a world heritage site, a sand garden with 15 perfectly placed stones. It reminds me of the ocean with islands rising up from the depths.  The groupings of stones suggest varied images unique to each viewer. The wall that surrounds the garden is an object of meditation in itself. The surface of oiled stucco projects ghost-like visions.  Just sitting, this lovely garden washing over me, I felt the presence of another time and place — “Ma”. 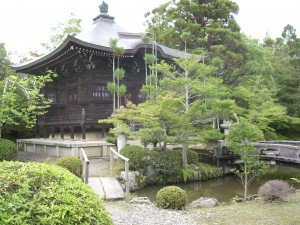 Sanjusangendo Temple had a powerful effect on me also. It literally means 33 halls and contained 1001 exact replicas of the Kannon (Buddhist goddess of Mercy) with her many arms covered in gold leaf. The statues were guarded by 33 frightening dieties, whose Hindu roots have been transformed by Japanese sensibilities. In the center of all this was a giant statue of buddha which somehow paled in comparison 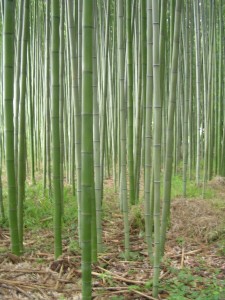 The bamboo forest was splendid. You can see it here on the right.

Another fascinating sight was Nijo Castle, medieval shogun castle with nightingale floors, made to squeak to warn of anyone approaching. See below. 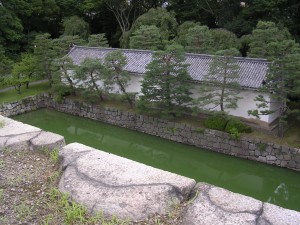