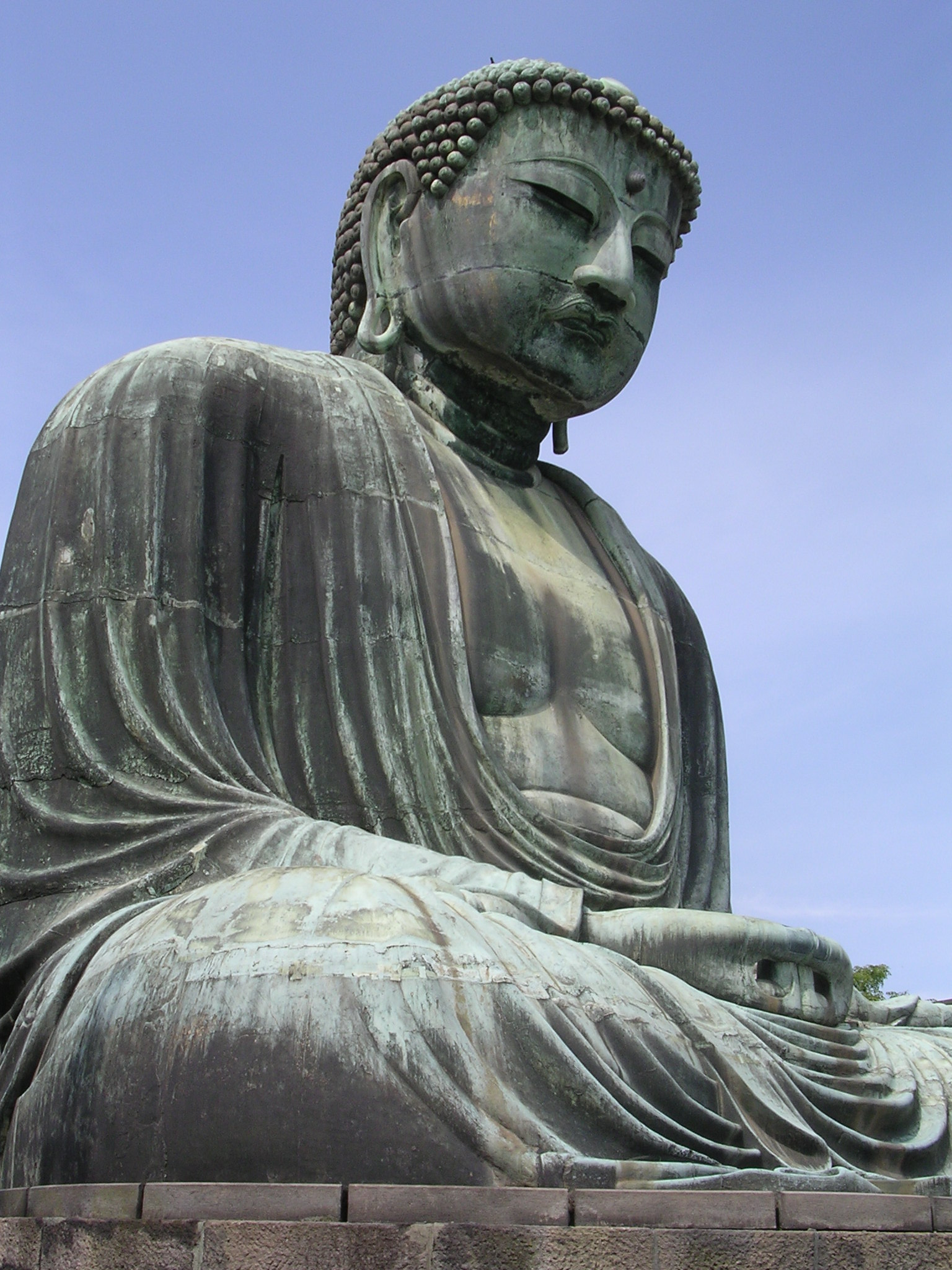 On Monday July 20, I went to Kamakura, which was the capital city of Japan between 1192 and 1333. It is a religious hub with 65 Buddhist temples and 19 Shinto shrines. We hiked from temple to shrine and saw many but not all of them. Ginger and I were guided by our new friend Hiromi who is charming and lots of fun. 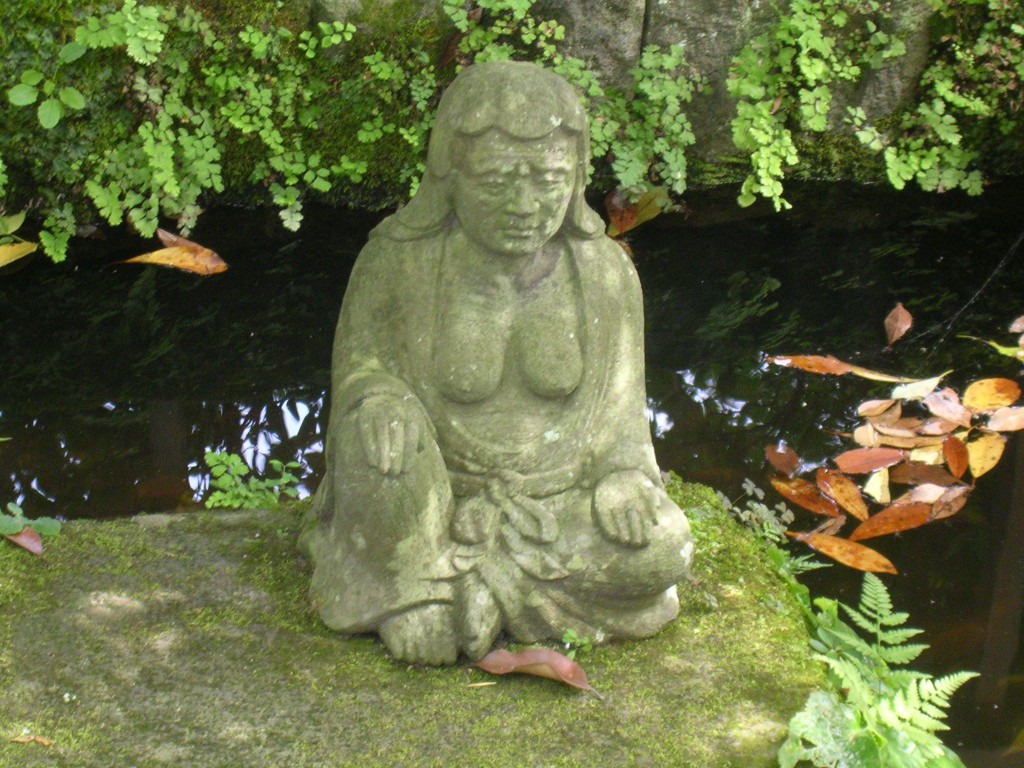 We visited the Great Buddha (32 feet high) at Kotokuin Temple. He is seated out-doors because in the 13th century a tidal wave washed away the massive temple structure that used to house him. He remains unmoved and most impressive.

Hase Kannon Temple is home to the famous 11-headed gilt statue of Kannon (29 feet tall). The many faces of the goddess symbolize various stages of enlightenment and she is a carved from the trunk of a giant camphor tree. WOW! 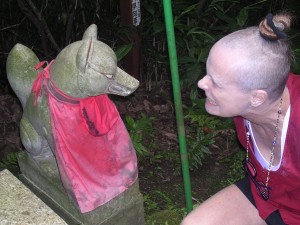 One of my favorite shrines, paid tribute to foxes (inari) with thousands of the little buggers everywhere. It was charming!

I had a delicious, very Japanese lunch of soba noodles covered with a lovely pile of delicately arranged vegetables (I couldn’t tell you what most of them were).  We enjoyed a delicious cup of macha (thick green tea) and elegant sweet bean paste treats about mid-afternoon then on to the money laundering, I mean “washing” shrine , where you wash your money in the sacred stream and pray for it to bring you wealth. Hope it works! 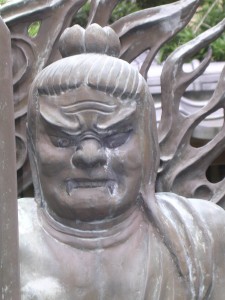 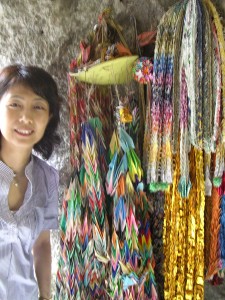 The most magical part of the day happened after dark when we visited the largest shrine. There was an enormous lake filled with giant lotus, with leaves as broad as my torso and head-sized flowers of pink and white.  I took some photos but they are not very good. We had a lovely encounter with an 80 year-old man who spoke English and told us about the history of Kamakura, the shogun and women samurais. He included some fascinating and sometimes gory details the history books leave out. What a fabulous day in Japan!